Our team in Guyana

From 2016 to 2018 she was also UNDP's Resident Representative in Guyana. Prior to Guyana, she worked for UNDP for 20 years in various capacities.

Ms. Tanaka holds a Bachelor of Arts in Intercultural Communication, a Master of Rural Development Management and a Master of Science in Public Policy and Management. 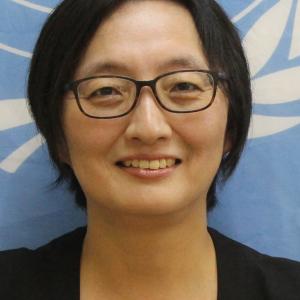 Author
Alison Drayton
UNFPA
Director and Representative
drayton@unfpa.org
Based in Jamaica, Alison directs the priorities and mandate of the UNFPA across 22 countries and territories in the English and Dutch-speaking Caribbean. Prior to joining UNFPA in 2016, she served in the UNDP for fifteen years. Prior to this, Alison was a diplomat in Guyana’s Permanent Mission to the United Nations. During that time, as Chairperson of the Group of 77 and China, Alison led in global negotiations on climate change, oceans management, tourism and other critical issues on the development agenda. 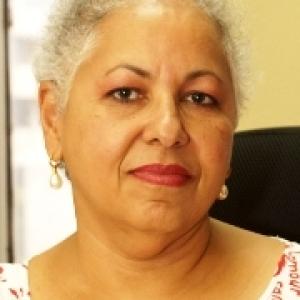 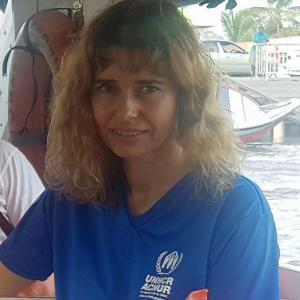 Author
Dennis Zulu
ILO
Director
zulu@ilo.org
Prior to his current assignment, Mr. Zulu worked as Director for the ILO Country Office, Abuja with responsibility for Nigeria, Ghana, Liberia, Sierra Leone and Representative to the Economic Community of West African States (ECOWAS). Mr. Zulu brings extensive experience and knowledge of key issues related to the work of the ILO Caribbean Office. As Director of ILO-Abuja, he led development projects and activities on employment creation, entrepreneurship development, microfinance and social dialogue. Before joining the ILO in 2003, Mr Zulu worked in academia and the private sector in his home country. 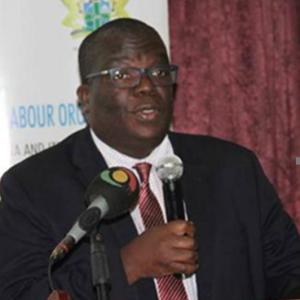 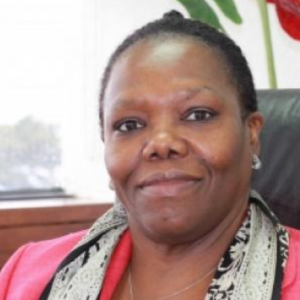 She holds a Bachelor’s Degree in Zoology, a Master’s Degree in Aquaculture, and a PhD. in Marine Sciences from the University of West Indies. 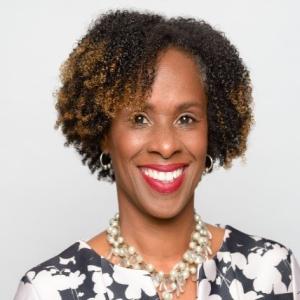 Dr. Codina was the Coordinator of a project on Social Spending in Health within the Ministry of Health of Peru, Advisor for Health Services Organization and Development at the PWR/Haiti, and Advisor in Adolescent Health at the PWR/Venezuela. He also held the position of Advisor in Family and Community Health in Ecuador, Brazil, and Argentina. He was appointed PAHO/WHO Deputy Representative in Brazil in 2014. From February 2017 to 16 September 2020, he held the position of PAHO/WHO Representative in Haiti.

Dr. Codina holds a medical degree and a diploma for specialization in Pediatrics, a diploma in Health Administration, a certificate in Anthropology Studies, and a Master's degree in Drug Abuse. 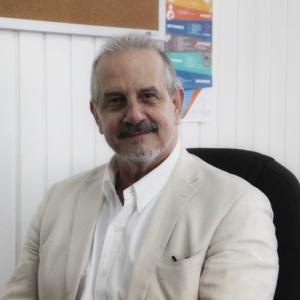 Author
Dr. Luis Longoria
Director
Dr. Luis Longoria is the Director of the Division for Latin America and the Caribbean in the Department of Technical Cooperation at the IAEA. He is responsible for the delivery of national and regional projects to 31 countries in the region. Dr. Longoria holds a MSc in nuclear technology and a PhD in nuclear physics. 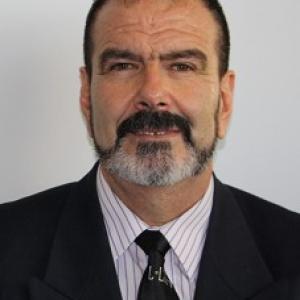 Author
Dr. Michel de Groulard
UNAIDS
Country Director, ad interim, Guyana and Suriname
degroulardm@unaids.org
Dr. Michel de Groulard brings more than 30 years of experience in International Public Health, of which 23 years on HIV/AIDS. His 20-year experience in the Caribbean includes Public Health Officer in the Ministry of Health of Grenada, Project Manager on HIV/AIDS at CAREC/SPSTI in Trinidad & Tobago, UNAIDS Country Coordinator for Guyana and Suriname (and Senior Advisor to PANCAP/CARICOM) and Senior Regional Programme Advisor at the UNAIDS Regional Office for the Caribbean in Trinidad & Tobago. 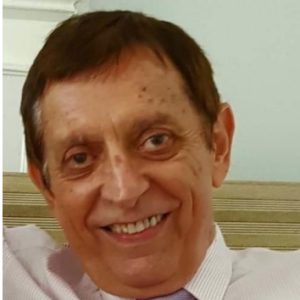 Author
Dr. Saadia Sanchez
UNESCO
Director and Representative
UNESCO Cluster Office for the Caribbean
sb.sanchez@unesco.org
Prior to this post, Dr. Sanchez served as Director of the UNESCO Office in Quito and Representative to Bolivia, Colombia, Ecuador and Venezuela from 2014 to 2020.
As an experienced senior manager with more than 20 years of practice, she has had an extensive career in management, technical cooperation, and international relations.
Dr. Sanchez is a sociologist with a degree from the University of Zulia (Venezuela), a Master’s degree in Library and Information Science from San Jose State University (USA) and a Ph.D. in Information Science from the University of California at Berkeley (USA). 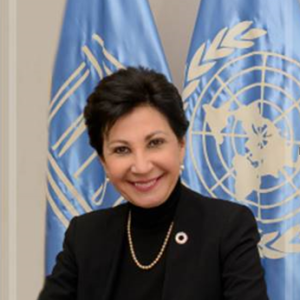 Prior to this appointment, Jairo was Costa Rica’s Ambassador in Brazil since January 2015. He also served as UNDP’s Chief Technical Advisor for parliamentary programming in Mozambique (2012-2014), Programme Manager a.i. for the Strengthening Democracy Programme in Cambodia (2011-2012), and Political Parties Liaison Officer for the Strengthening Democracy and Electoral Processes Project in Cambodia (2009-2010). 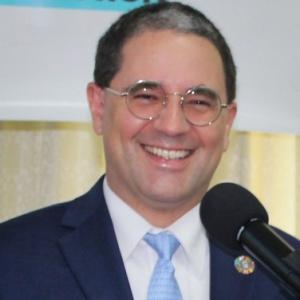 Author
José Vila Del Castillo
UNODC
Representative
jose.vila@unodc.org
He has more than 20 years of experience in the field of transnational organized crime and drug trafficking. Prior to the UN, he worked as the main advisor to the Spanish government agencies responsible for the prevention, treatment and social services related to drug use. He carried out similar work with the European Commission. He joined UNODC in 1999 as Representative of the Regional Office in Mexico. He has also served as UNODC's regional representative for East Africa. 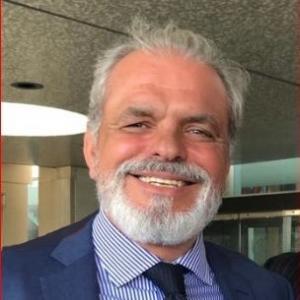 diezj@un.org
Mr. Juan Miguel Diez, a national of Mexico, has led the United Nations Information Centre (UNIC) for the Caribbean Area since 2014. His United Nations career began in 1997 at the UNIC in Mexico City, where he rose through the ranks from intern to Acting Director. He is a communications expert, graduated from the National University of Mexico, who also worked as a journalist for TV and printed media. 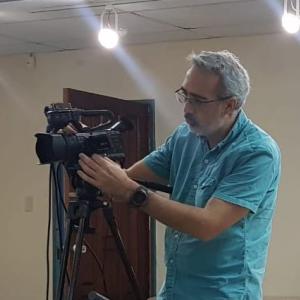 Author
Maija Peltola
IFAD
Country Director
Guyana, Haiti, and the Dominican Republic
m.peltola@ifad.org
Maija Peltola is Country Director for Guyana, Haiti and the Dominican Republic at the International Fund for Agricultural Development (IFAD), a UN agency and international financing institution which currently manages a portfolio worth US$ 1.8 billion in Latin America and the Caribbean. Ms Peltola has worked over 15 years at the intersection of business, public sector and international development and has field experience from 30 countries. She holds a MA in Social Anthropology and further studies in Leadership and International Business. 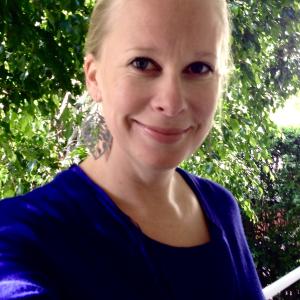 Mr. Pron has been working for the United Nations since 1992. Prior to his current posting in December 2020, Mr. Pron served as the Special Adviser on High Level Events, Initiatives and Partnerships in UNICEF’s New York Headquarters. He has also served as Director and Secretary of the UNICEF Executive Board and as Special Adviser to the President of the 68th Session of the United Nations General Assembly. Mr. Pron spent many years in the field in Africa and Asia, where he oversaw the implementation of UNICEF Country Programmes.

Mr. Pron, a French national, holds master’s degrees in international administration from the Sorbonne University, and in International Law from the René Descartes University in Paris. He speaks French, English, Spanish and Kiswahili. 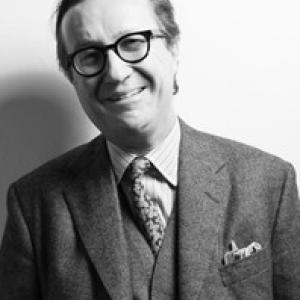 Author
Ozan Sevimli
World Bank
Representative
osevimli@worldbank.org
Mr. Sevimli has held positions at the World Bank since 2004 including Senior Strategy and Operations Officer in the VP’s office for Europe and Central Asia, Program Coordinator for the South Caucasus unit, and Labor Economist in the Africa Region. Before the World Bank, he was a Labor Market Specialist at the German Employment Agency. Mr. Sevimli holds graduate degrees in Business Administration (University of Texas) and Labor Economics (University of Applied Sciences of Mannheim). 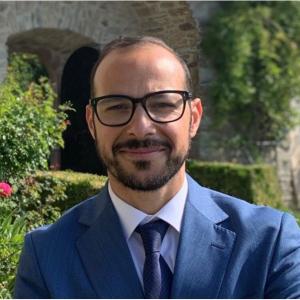 Author
Regis Chapman
WFP
Head of Office
regis.chapman@wfp.org
Mr. Chapman has over 20 years of international development and humanitarian experience, including the past 15 years working with the United Nations World Food Programme in a variety of contexts. Currently, he serves as the Head of Office for WFP Barbados, overseeing emergency preparedness and response in the Caribbean. 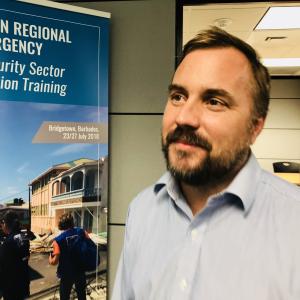 Author
Robert Natiello
IOM
Regional Coordination Officer and Chief of Mission
rnatiello@iom.int
Robert Natiello has served as the IOM Regional Coordination Officer for the Caribbean and Chief of Mission, Guyana since September of 2016. Prior to that he worked with IOM in Colombia and Ecuador serving 16 years in the organization. He holds a Masters Degree in International Management and is fluent in Spanish. 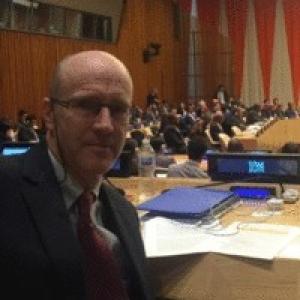 Author
Terence Leonard
UNCTAD
Programme Management Officer
terence.leonard@unctad.org
Terence formerly served as a Customs Officer in Saint Lucia for twenty-five years and in the capacity of Comptroller of Customs and Excise. He also served in the position of Director of Trade Facilitation in Saint Lucia. Terence has been working with UNCTAD for the past ten years and is currently employed with the organization as a Programme Management Officer/Senior Customs Expert. 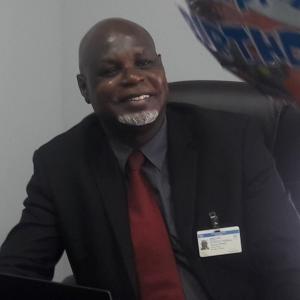 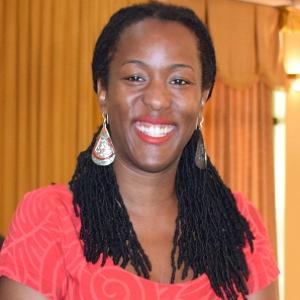 vincent.sweeney@un.org
Vincent Sweeney is Head of the Caribbean Sub-Regional Office for UNEP and previously spent four (4) years as the Coordinator of the GPA, in UNEP’s headquarters. He also served for 10 years as Executive Director of the Caribbean Environmental Health Institute. 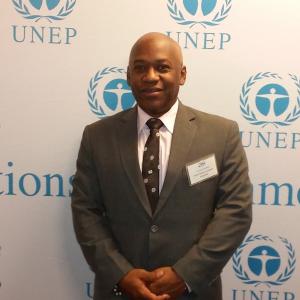